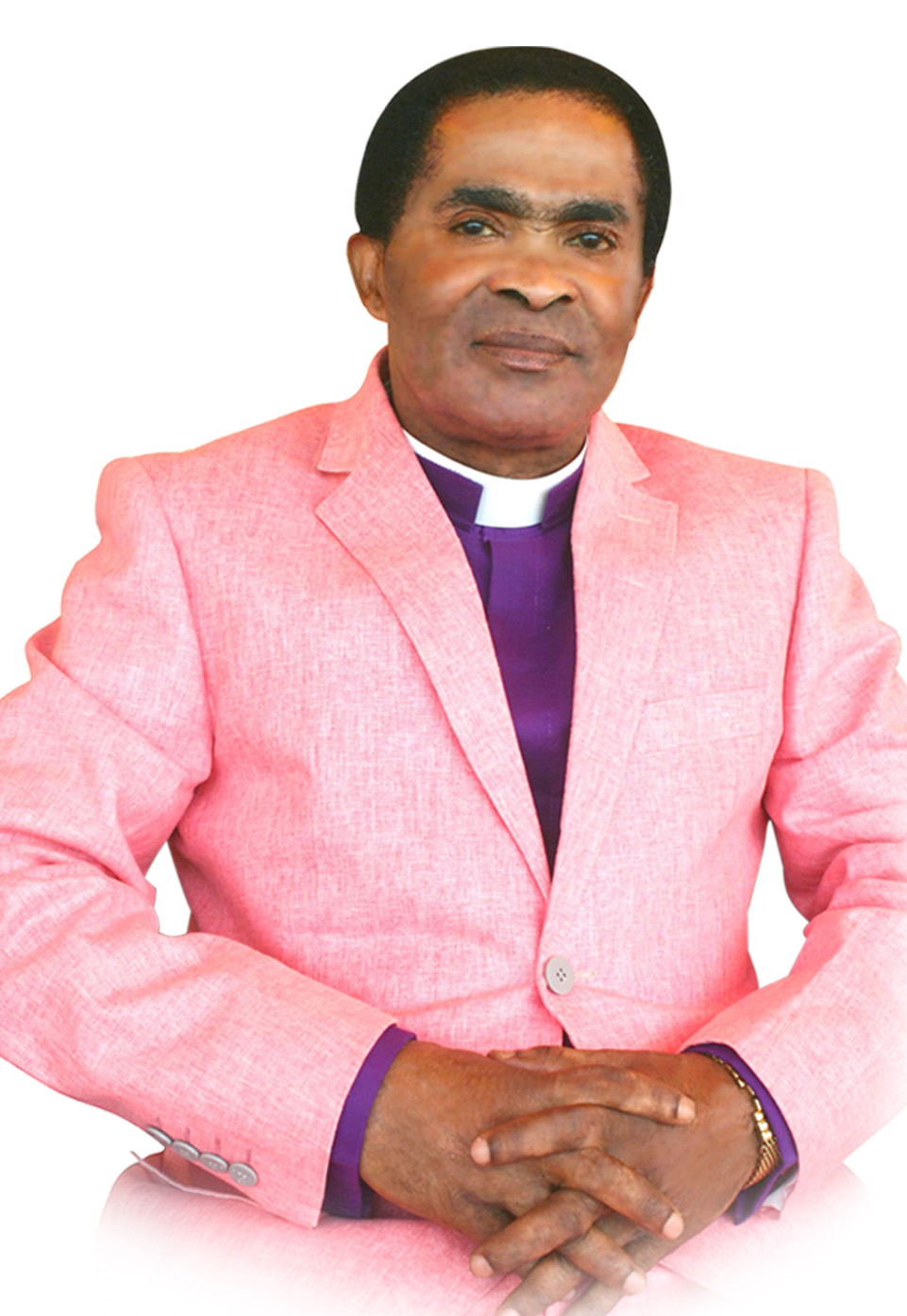 Bishop Prof. Augustine Annor Yeboah (called to glory) is the Founder of the Christian Praise International Center (CPIC) headquartered at Pigfarm Accra, Greater Accra Region of Ghana with Mission Centres in Italy, Israel, Germany, Neitherland, London, France and the United States of America. CPIC seeks to bring humanity to the fullness and stature of Christ.

Born on 22nd November, 1950 in Dormaa Ahenkro , Brong Ahafo Region, Ghana to the late Nana David Kwasi Wianor, a farmer and Traditional Chief – Adankomahe of Dormaa Traditional Area and the late Madam Yaa Bosoma also a farmer from Dormaa Ahenkro. Bishop Prof. Annor-Yeboah was struck by an early childhood disease that nearly took his life had it not been an intervention by a strange male arrival, later told to be an angel who introduced his mother to a herbal solution that saved him.

He had his early experience as a village boy trained in the local tradition of palace language. He went through idol worship since the village was infested with idolatry and his father was an ardent idol worshiper having many idols on his compound and rooms which he worshipped and sacrificed to regularly pulling young Annor-Yeboah and his siblings along. He would have been trained a young fetish priest for one of his father’s trusted idols had it not been the intervention of his mother’s conversion into Christianity which shifted the steam and focus off him to his mother’s newly found religion. Together with his younger brother, they became victims of divorce as they were then to be raised by a single mother who had then suffered the loss of all property to his father after their 40 year old marriage failed because of his mother’s choice for Christ. His mother’s suffering, however opened a new and living way for her children particularly young Annor-Yeboah. They were dedicated to God in a ceremony in CAC and the pastor who performed the dedication became their God father and pastor whose teaching impacted upon them. Young Annor-Yeboah then had the opportunity to have formal education which he was denied earlier because his father wanted to train him to be a hunter and a fetish priest. Later his mother was compelled to join her senior brother Uncle Kwaku Nsuapim in Nsuapimkrom, Bomaa district to farm and left them in the care of their senior sisters who also later became married away from town. Life became terribly rough and they had to do such menial jobs as truck-pushing and others to keep body and soul together. His late mother was a committed Christian and Women Leader in CAC, Dormaa Ahenkro and helped him greatly to enjoy the new birth in Christ Jesus and to love the kingdom of God from childhood. When he was fully born again, he devoted time to study the scriptures with enquiring mind and devotion. He later became the local secretary at CAC Kobedi Assembly at the age of about 12 and was thus respected by the adults and leaders who marveled at and were excited at his degree of comportment and insight into the scriptures. He would organize the local assembly for conventions to the marvel of the then District Pastor Apostle S.A. Addo because of his age. His mother often remarked that she had faith in him that he would be the one who would take care of her in future. Often she would pat me and say “I like your tender-heartedness and your care, wisdom and organized hard work.” Young Annor-Yeboah’s father did not like his frankness and often rebuked him for speaking too much like an adult above his age and considered that as an affront to his prestige. He did not take kindly to the dreams he often narrated but his mother understood them. In 1969 young Annor-Yeboah was baptized again by immersion by Apostle Amoani in CAC and christened Emmanuel.

His elementary education started from the Catholic Mission School at Dormaa Ahenkro, through the Local Council at Dormaa Community Centre, now Aduanakrom under a strict, military-trained and disciplinarian teacher Larbie and back to the Catholic School in 1963 under late President Nkrumah’s free compulsory primary education – in class 3 under Ms. Afia Badu who had been a friend and a God mother till his departure. Attending a catholic school made him a catholic compulsorily, attending mass services and Sunday services without fail. They were exposed to catechism and the catholic faith from then. He received a catholic baptism and christened Augustine. Thereafter God started talking to him by visions and revelations and by dreams and he could divine and predict events which became manifest; like the death of a senior sister’s son, his father’s calamity and the death of his junior brother, stating clearly how these were to happen. His elementary education took him also to Chiraa Methodist School after his father’s destoolment as chief and family head. He loved the Methodist hymns and songs, but when his junior brother died by a severe malaria at Dormaa hospital, he relocated to Dormaa. Later he had to go back to his father’s village Kobedi Local Authority Primary School because he could not secure admission into any school at Dormaa Ahenkro and ended at government school, now Boahenkokor Secondary school, Sunyani where he sat for the Common Entrance examination by the support of a classmate the late Osei Margaret and entered Dormaa Secondary School in 1969. Later his father was re-instated as chief by Dormaahene’s ruling but because he was not stationary, young Annor-Yeboah lived by himself for most of the time. By the grace of God he excelled in his class, always taking the first position in examinations from class 2 through his elementary and secondary school days.

I. Been a Teacher for many years: